The Southeastern Conference is largely considered to be the best grouping of college football programs in the country. While this may fall under the category of “opinion,” anyone paying attention to college football cannot deny the number of national championships earned and CFP bracket spots eaten up by members of the SEC.

Further evidence of this “opinion” can be found by having a look at not only the initial College Football Playoff Rankings but also the futures odds at 18+ CFP betting sites.

The top 6 teams listed in the CFP rankings and in the odds at College Football Playoff National Championship betting sites feature a logjam of 3 SEC programs among them.

NCAAF fans are in luck, however, as two of these teams will face each other this weekend, while the other will battle their final legitimate opponent of the regular season.

First up at 3:30 pm is the #1 Tennessee Volunteers traveling to Athens, GA, in hopes of taking down the third-ranked Georgia Bulldogs at their house.

The Vols are an 8-point underdog to the reigning National Champions of college football. 18+ online college football sportsbooks must think that Tennessee’s prior victory over the sixth-ranked Alabama Crimson Tide was a fluke or that the Bulldogs are simply too dominant this season.

The team that wins the game has the inside track to make it to the SEC Championship Game. The head-to-head edge that the winner between the Vols and Bulldogs will hold is too much for the losing team to surmount over the remaining three weeks of the regular season.

At 7:00 pm this Saturday, the Alabama Crimson Tide face a must-win scenario when they take to the field against the LSU Tigers in Baton Rouge, Louisiana.

Because the Tide have already lost an SEC game to Tennessee, they now risk falling behind LSU in the conference rankings. If the Tigers win, both Alabama and LSU will have 2 losses, with the tie-break going to the Tigers.

The SEC futures odds below also reflect the above projections, as the four teams featured in this article are the only programs with a legitimate shot of winning the conference title.

If Tennessee loses to Georgia and finishes out with only one loss, it will create a quagmire for the College Football Playoffs Selection Committee. Why? Traditionally, one-loss SEC teams are included in the CFP bracket, as was the case last year with the Georgia Bulldogs.

There is also the possibility that Georgia could become a CFP qualifier with one loss and no SEC Championship. Can three SEC teams earn inclusion among the final four playoff teams? Yes, but that will depend on whether Clemson can complete their schedule without a loss.

The 2021 NCCAF National Championship between Alabama and Ohio State is scheduled for Monday, January 11th, 2021, and 18+ online sportsbooks have chosen a clear favorite, the Alabama Crimson Tide.  Favoring Alabama to win comes as no […]

The 2020 National Championship: Betting On The Tigers

January 3, 2020 admin News Comments Off on The 2020 National Championship: Betting On The Tigers

The teams are set, and for the 2020 College Football National Championship, the Clemson Tigers will matchup against Louisiana State University (LSU). Betting odds favor the LSU Tigers (-220), but the Clemson Tigers (+180) are looking […]

NCAA Football Heats Up As Odds Predict Another Clemson vs. Alabama Championship

September 17, 2019 admin News Comments Off on NCAA Football Heats Up As Odds Predict Another Clemson vs. Alabama Championship

To avid football bettors, it should come as no surprise that Alabama (+225) and Clemson (+190) are still sitting on top of the odds charts while other teams around them are slipping into irrelevance.  With […] 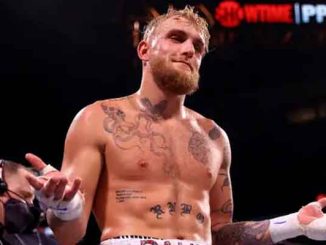