California 18 And Up Online Sports Betting Sites For 2023 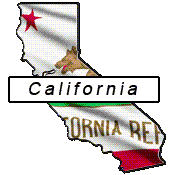 Sports betting options for California residents are severely limited, which is unfortunate since it is the most populated state at roughly 40 million people — meaning out of all the states in the United States, California likely has the most sports fans and sports bettors who are over the age of 18.

Can You Bet On Sports At 18 In California?

Yes. It is 100% legal to sign up and bet on sports if you are eighteen and live in California, but only if you’re using a legally licensed offshore betting site, such as the ones we have reviewed on our site. However, California does not currently allow state-licensed sportsbooks to operate within its jurisdiction for people eighteen and up.

Is It Legal To Bet At 18+ Online Sportsbooks In California?

Yes. As mentioned above, licensed offshore betting sites are legal in California and other 18+ sports betting states if there is no law — state or federal — preventing their use. State-licensed online sportsbooks are currently not allowed in California.

Each of the online sportsbooks featured on our site has been determined to be 100% safe for bettors 18 and up after being thoroughly vetted by our staff to determine their legitimacy and security features. Not all sports betting sites are created with the intention of providing players with a safe and secure site to place money on sports, which is why we strongly recommend using the sites we’ve reviewed.

How Did PASPA Affect Legal Sports Betting In California?

PASPA did have an impact on the Golden State’s ability to allow state-regulated sports betting within its borders. In May 2018, the U.S. Supreme Court overturned the federal sports betting law known as PASPA, which had prevented states from deciding whether to allow sportsbooks to operate within their jurisdiction.

California lawmakers have begun the process of introducing sports betting legislation with ACA 16 and SCA 6 in 2020. The plan was to get domestic sports betting on the ballot for November of 2020, but the California Nations Indian Gaming Association (CNIGA) intervened, introducing new language that was going to require lengthy debate.

Proposition 26 (in-person sportsbooks at tribal casinos and racetracks) and Proposition 27 (online/mobile sports betting) were put to a vote in November of 2022, but both ballot initiatives failed miserably. There will likely be more attempts to bring domestic sports betting to California, but voter response has been incredibly unfavorable thus far.

State-licensed sportsbooks for residents 18 and up — or for any age — are currently not allowed to operate within the state lines of California.

18 & Up College Football Betting In California

With so many NCAAF teams residing in the state, online College Football betting in California is a big draw. The 18+ sports betting sites that are featured on this page offer lines on each game, CFP betting odds, and lines on the National Championship Game, and allow for action all from the comfort of the beach or the office using laptops and other popular smartphones, and tablets. To learn more about mobile betting with iPhone, androids, or Windows to see our reviews index to learn which sites work best with portable devices.

Over 18 NFL Betting In California

Whether it is the Los Angeles Chargers, Rams, or San Francisco 49ers, 18 & over NFL betting sites like the ones featured in the table above are taking wagers on pro football games, futures odds, prop bets, and more. 20 and under sports gamblers can cruise each one of these sites and check out the NFL odds, and each of them offers year-round lines for online Super Bowl betting in California.

When it comes to noteworthy people in sports, it would be hard to argue that any state has given birth to more notable athletes and sports figures than California. Here is a list of best athletes to be born in the state.

In California, a resident must be at least 18 years of age to meet the minimum gambling age requirement in the state to play at a casino. However, casinos that serve alcohol require residents to be at least 21 to enter.

Other Forms of Legal 18+ Gambling in California

California residents who are 18 and up can bet real money on the lottery, poker, bingo, and at racetracks. Again, local establishments set their own minimum age requirement as long as it’s above age 18 and must set the minimum age to 21 if alcohol is served.

If you or someone you know has developed problem gambling habits in California, please contact the California Council on Problem Gambling for immediate help.